When Should Passive Voice Be Used In Business Writing? 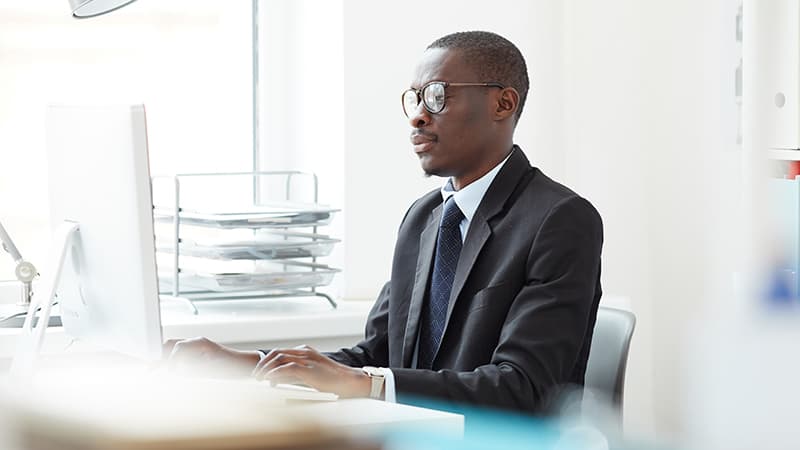 Before we answer the question, “when should the passive voice be used in business writing?”, we need to review what the active and passive voices are. Here’s my favorite example:

This single sentence is in the active voice. The subject, the mouse, is doing the action, so it is the agent. The object, the cheese, is receiving the action.

We can switch the subject and object in active sentences to create a passive sentence.

Passive voice sentence: The cheese was eaten by the mouse.

This sentence is in the passive voice. The subject, the cheese, is receiving the action. The object, the mouse, is doing the action, so the object is the agent here. Notice also that the verb has an extra “BE” in it; in this case, it is past tense, so “was” is the extra “BE”, and that’s followed by the past participle of the verb (in this case, eaten). This link has a complete list of active verb and passive verb tenses.

Just looking at the two sample sentences you'll see that passive voice is longer, has a more complicated verb structure, and is, therefore, denser and less direct.

When should the passive voice be used in business writing?

There are five distinct reasons for using the passive voice:

When NOT to use the passive voice in business writing

The situations described above are specific and not blanket statements. For example, you cannot sprinkle the passive voice throughout your document in order to make it sound more formal or objective. If a long sentence seems clunky and awkward in the active voice, try rewriting it as two shorter sentences before defaulting to the passive voice. For example:

The Tigers, whose new strategy of marketing and sales seems to be working, beat out the Lions.

This sentence structure is in the active voice, but it is awkward because the subject (The Tigers) is separated from the main verb (beat out) due to a modifying phrase.

You could fix this by making the sentence passive:

The Lions were beat out by the Tigers, whose new strategy of marketing and sales seems to be working.

But it would be better to simply write this as two active sentences:

The Tigers beat out the Lions. Their new strategy of marketing and sales seems to be working!

The answer to “when should the passive voice be used in business writing?” can be boiled down to the following:

Use passive voice as the preferable choice when it makes sense to focus on the action or result of an action and when the agent of the action is unimportant or unnecessary to mention. Do NOT use the passive voice to add formality, objectivity, or sophistication outside of this purpose; it will confuse and alienate your readers.

Instructional Solutions courses, including our cornerstone Business Writing Techniques course, cover active and passive in business writing as well as many other grammatical and stylistic topics to help you become a more effective and efficient business writer.

Improve your business writing in our most popular course.

Related: Our Guide to Business Writing

How To Enable Readability Measures in Microsoft Word 2007

Posted by Mary Cullen, Apr 28, 2010
The Readability Measures feature in Microsoft Word and Outlook are helpful tools to measure words per sentence, passive ...

How to Write a Business Email

Posted by Mary Cullen, Oct 07, 2021
Business emails are a pillar of modern communication. On any given day, the average office worker receives over 80 emails.

How to Achieve Grammatical Correctness in Technical Writing

Posted by Katie Almeida Spencer, Apr 19, 2022
Accuracy is the most important trait of all business writing, but it is absolutely critical to technical writing. Any ...