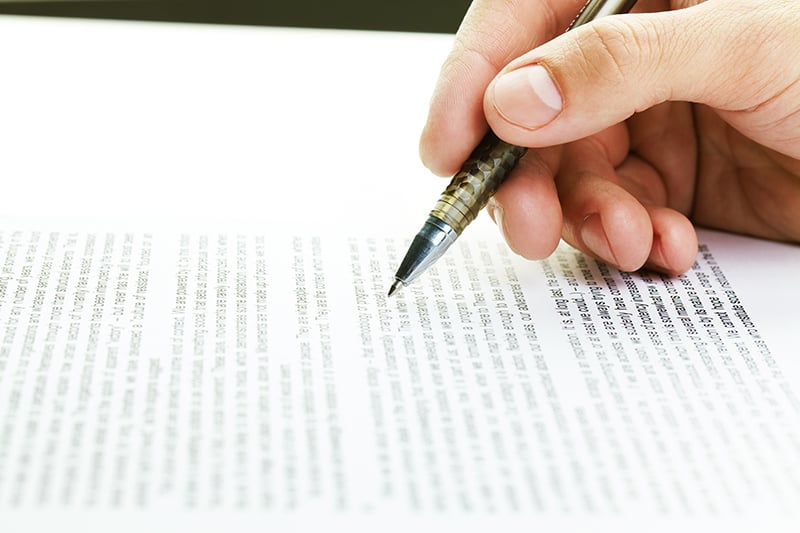 We've reviewed literally thousands of client writing exercises in our business writing courses. Consistently, the most common grammar error we see in client writing across all industries and positions is the fused sentence error. (Fused sentences are also called comma splices or run-on sentences.) They refer to compound sentences that are not punctuated correctly.

Incorrect example:
I’m sorry to hear you are not feeling well. Let’s reschedule our meeting. I’m open anytime this Thursday, if there is a particular time that will work best for you let me know.

Should I notify the operations team we need to reschedule, as well?

Correct example:
I’m sorry to hear you are not feeling well. Let’s reschedule our meeting. I’m open anytime this Thursday. If there is a particular time that will work best for you let me know. (There should be a full stop – a period – after the word “Thursday,” indicating two separate sentences.)

Should I notify the operations team we need to reschedule, as well?

Solution for the example:
Do not merge two independent clauses together with only a comma. Each thought, “I’m open any time Thursday.” and “If there is a particular time … ” should be its own sentence.

Other typical examples of incorrectly fused sentences/comma splices are:

Punctuate compound sentences comprised of independent clauses correctly by following either of these two rules:

While rule #2 connecting independent clauses with a semi-colon is grammatically correct, it will create a longer and more complex sentence. The goal of business writing is clear, easy-to-understand writing.

You could avoid using semi-colons in your writing across your entire career, and it would be fine! Semi-colons add complexity to a sentence. They're not wrong to use, but they're commonly used incorrectly and they add visual complexity. Why bother with them when there is another strategy?


Incorrect -  The independent clauses are fused, creating a run-on sentence:

Post by Mary Cullen
September 14, 2021
Mary founded Instructional Solutions in 1998, and is an internationally recognized business writing trainer and executive writing coach with two decades of experience helping thousands of individuals and businesses master the strategic skill of business writing. She excels at designing customized business writing training programs to maximize productivity, advance business objectives, and convey complex information. She holds a B.A. in English from the University of Rhode Island, an M.A. in English Literature from Boston College, and a C.A.G.S. in Composition and Rhetoric from the University of New Hampshire.

Posted by Katie Almeida Spencer, Oct 27, 2014
This statement contains an error. Find and correct it: The next few weeks will be busy. Both the website update and the app ...

Posted by Katie Almeida Spencer, Aug 24, 2021
As with all business writing, you want to be clear and to the point. Convey your message as simply as possible and move on. ...

How to Use a Comma Correctly with an Appositive

Posted by Mary Cullen, Nov 09, 2020
An appositive is a word or phrase that refers to the same thing as another noun in the same sentence. It is placed beside ...

Check your writing for 700+ jargon words