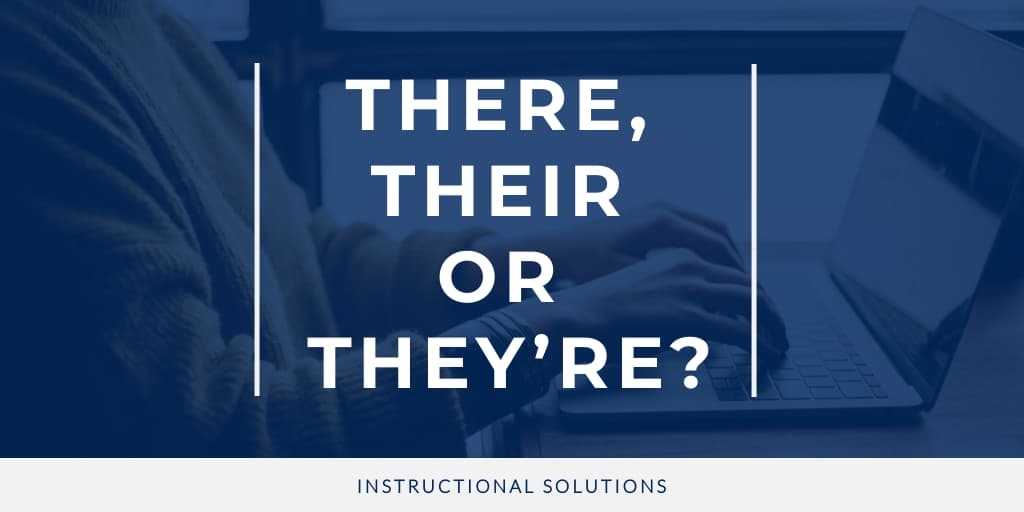 There, their, and they’re are homophones. Homophones are words that sound the same, but the meanings differ. While they sound similar, it's important to write each word correctly.

This is most often a place adverb that describes the opposite of here. It’s also used as a noun or pronoun fairly often.

I thought I left my purse right here, but I found it over there. (adverb)

There are some folders on the table. (noun)

This is a possessive adjective or pronoun. It modifies the following noun to show that it belongs to “them.”

Daniel and Jiaoshi are on their way to the meeting.
(This one sounds strange, but the way they are going belongs to them.)

Note: Their is grammatically a plural pronoun but current use approves of using "their" as a non-gendered singular pronoun.

This is a contraction of the words “they are.” You will most often find this at the beginning of a sentence or clause.

They’re (they are) going to be late because the metro is experiencing some electrical issues.

They’re (they are) going to have to work some late nights to get the project done on time.


Caution: You should NOT use this contraction at the end of a sentence.

We don’t know where they are (NOT they’re).

Homophones are tricky because you can’t “hear” the difference when someone is speaking, but the difference is noticeable in writing and can impact how people view your writing.

There is no way I could anticipate their plan or that they’re really not cooperative.

There are too many bugs in their program, so they’re going to recode it fully.

There was a long wait before their luggage was loaded onto the plane, but they’re finally ready to depart.

There is still hope that their sales goals will work, so they’re offering an incentive.

Their hope is that there will be help on hand once they’re there.

Because of the humidity, they’re worried about their hair when they get there.


Tips to remember correct use

When you are working fast, it’s easy to confuse there, their, and they’re. Fortunately, there are also easy to remember how to use each correctly. Keep these simple equivalent relationships and word tricks in mind:

There = here or there
(Here is part of there.)

Their = possession
(Heir is in their and possessions pass to the heir.)

They’re = contraction of they are
(Verify correct use by substituting "they are" for they're.)

Most grammar check programs like Microsoft Word or Grammarly will identify these mistakes, but you can check your own work and feel confident in your writing if you remember the equivalents.

Other common homophones are often misused in business writing:

Misusing homophones incorrectly can make your writing look rushed, absentminded, or worse, unprofessional. Small corrections in word use like these examples will elevate your writing and emote a polished, careful impression.

To find errors in your writing faster and with more skill, enroll in our Proofreading & Grammar course.

Reader supported! Our articles are reader supported via ads and affiliate links on some articles. We earn from qualifying purchases on some links on this page. This helps support the continued publishing of editorial content.

Me, Myself, and I - Business Grammar Rules Explained

Posted by Mary Cullen, Apr 30, 2021
Me, Myself, and I errors are one of the most common business grammar errors we see in business writing training sessions.

Peak, Peek, and Pique. How to Use these Homophones Correctly.

Posted by Tom DuPuis, Jan 17, 2018
Homophones are words that sound the same when spoken but have different meanings and spellings.

10 Most Searched For Words in the Thesaurus

Posted by Mary Cullen, Oct 14, 2019
Here is a list of the top searched words in a thesaurus in the United States. Each item has the average number of searches a ... 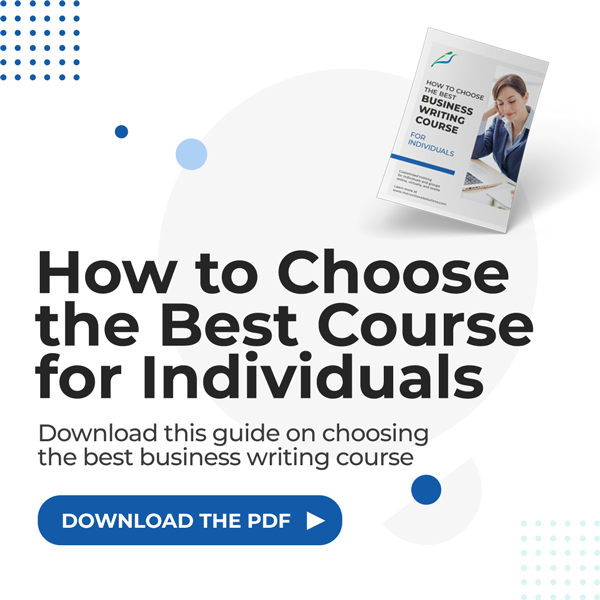