How to Use Hyphens Correctly in Business Grammar 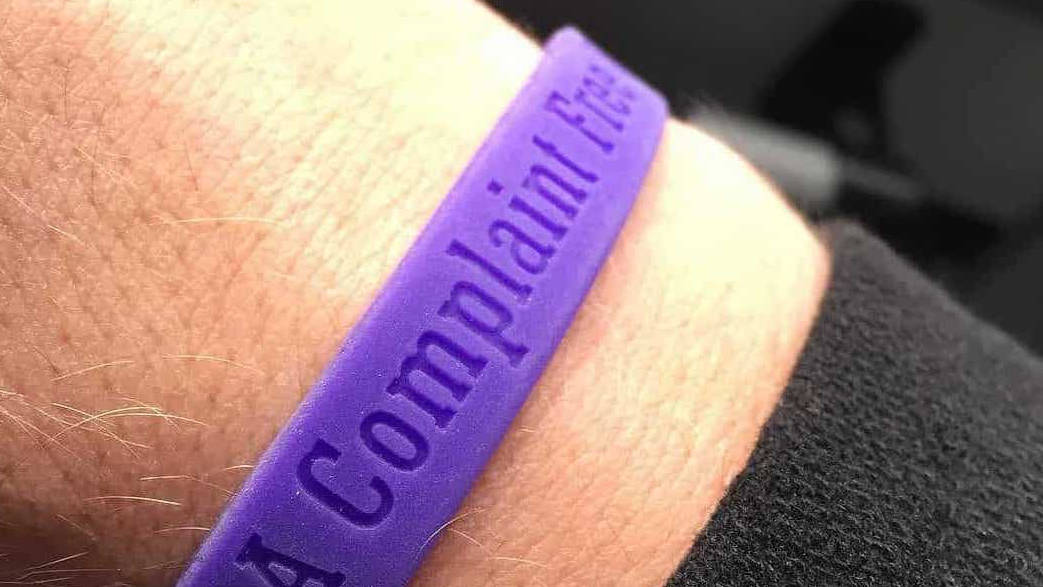 Louise Julig wrote a wonderful post about hyphens in her Thoughts Happen blog. Business writing requires correct hyphenation, but it's a common mistake to make, as you'll see below.
It’s both clarifying and funny. She wore a purple wristband to remind her of her pledge not to complain. The problem? The bracelet omitted a needed hyphen, prompting Louise’s grammar complaint:

Argh! I just can’t stand it anymore! I’ve been doing this purple-bracelet “stop complaining” exercise for almost three weeks now (and am on my record 5th day of not complaining), but I can’t hold it in any longer because every time I look at the half inch of rubber encircling my wrist I want to gouge a little hyphen between “Complaint” and “Free.”

Oh, the irony of complaining about the “complaint free” bracelet. But really!

Hyphens are very complicated punctuation marks. I agree with Grammar Girl’s recommendation to check a dictionary and style guide when possible to ensure you're using the right type of dash. When it’s not, fall back on this baseline rule:

Why is this? Here’s my best explanation: hyphens group modifiers together for clarity. Say you have a red brick house. Is it a red house? Yes. Is it a brick house? Yes. Therefore, no hyphen is needed. However, what if you have a “gluten free recipe.” Is it a gluten recipe? No. Is it a free recipe? No. Therefore, a hyphen is needed to group the modifiers together so you know the recipe has no gluten. It’s a gluten-free recipe.

Why then do you not hyphenate after the noun, e.g. “the recipe is gluten free”? The temptation is to throw in extra hyphens just in case, e.g. “the recipe is gluten-free.” But it’s just as bad to over-hyphenate as to under-hyphenate, and it really isn’t necessary. Here’s why: when the modifier comes after the noun, it’s only modifying the one word immediately after it. So we ask ourselves, “What kind of ‘free’ is it?” and the answer is “gluten.” It’s gluten free.

Louise, thanks so much for breaking your complaint-free pledge to clarify this! I say you should gouge that little hyphen into your bracelet, and wear it proudly! 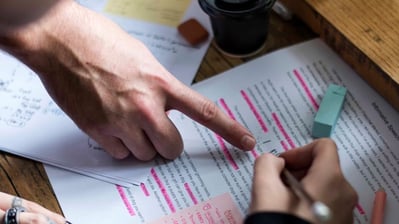 Enroll in our online self-paced Proofreading & Grammar course that includes actual instructor feedback on your writing.

Post by Mary Cullen
Originally published October 21, 2020, updated January 19, 2022
Mary founded Instructional Solutions in 1998, and is an internationally recognized business writing trainer and executive writing coach with two decades of experience helping thousands of individuals and businesses master the strategic skill of business writing. She excels at designing customized business writing training programs to maximize productivity, advance business objectives, and convey complex information. She holds a B.A. in English from the University of Rhode Island, an M.A. in English Literature from Boston College, and a C.A.G.S. in Composition and Rhetoric from the University of New Hampshire.

How to Collaboratively Write a Business Report with Colleagues

Posted by Mary Cullen, Feb 03, 2014
Do you collaboratively write reports with colleagues? Do you find it hard to keep a sense of coherence across the report and ...

Posted by Mary Cullen, Apr 03, 2021
One of the most common questions we receive from clients is: "Are the abbreviations i.e. and e.g. interchangeable?"

The Pros and Cons of Asynchronous Communication

Posted by Mary Cullen, Jun 10, 2020
With the rise of mobile work, you may have heard the term “asynchronous communication” thrown around strategic planning ... 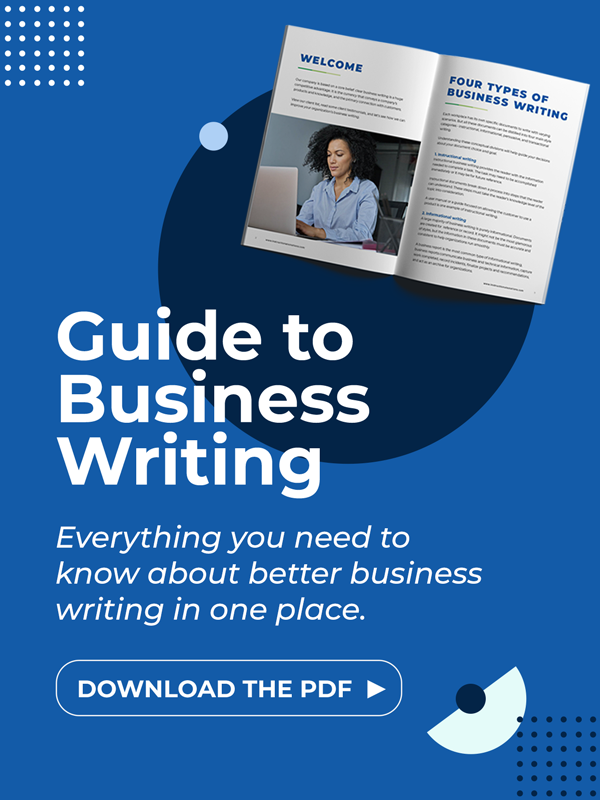 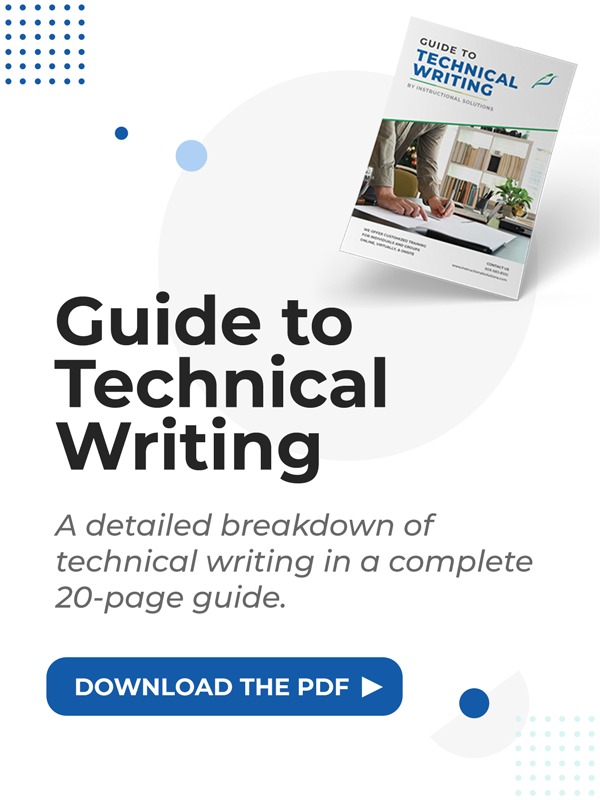